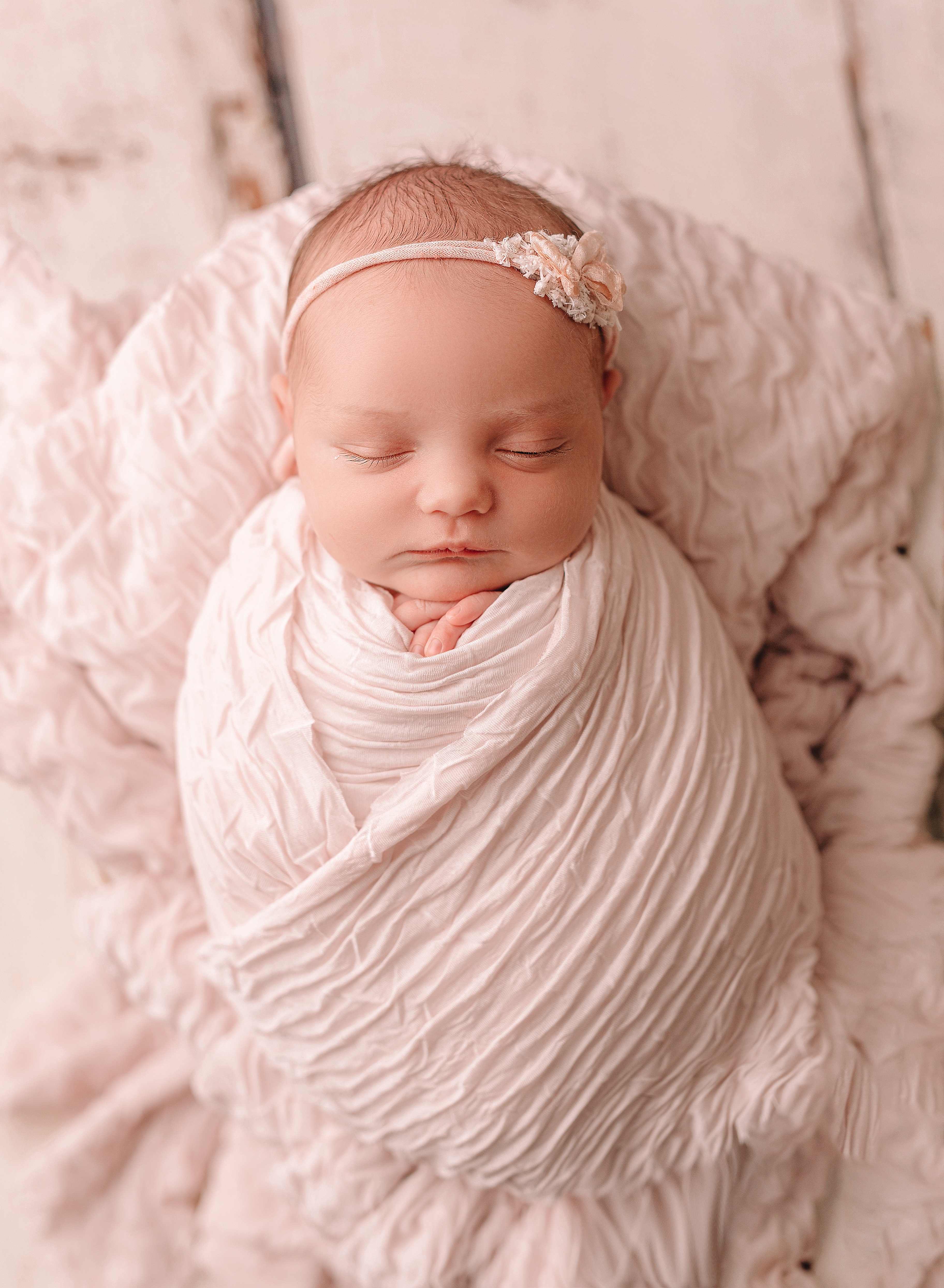 It was this time last year I found out I was pregnant with Ivy London. It had been a few weeks since Andrew and I came home from a solo trip to London (hence the name inspo). I had been feeling like I might be pregnant. I remember I took my test and it didn’t work. It has displayed an error message. So I figured, I guess I am not pregnant. I went down to my basement and got on the treadmill and as I ran, I found myself sad. Even though I hadn’t planned it, I had some time to contemplate the idea and I became excited about the possibility. As I was on the treadmill, I remember thinking, everything happens for a reason and God’s timing is perfect. So, I began to pray and told God I was leaving it in his hands. After all, I was very content with Elle and blessed to have her in our lives. I believed if it’s God’s plan for us to have another child, then it will happen in his timing and was at peace with that. 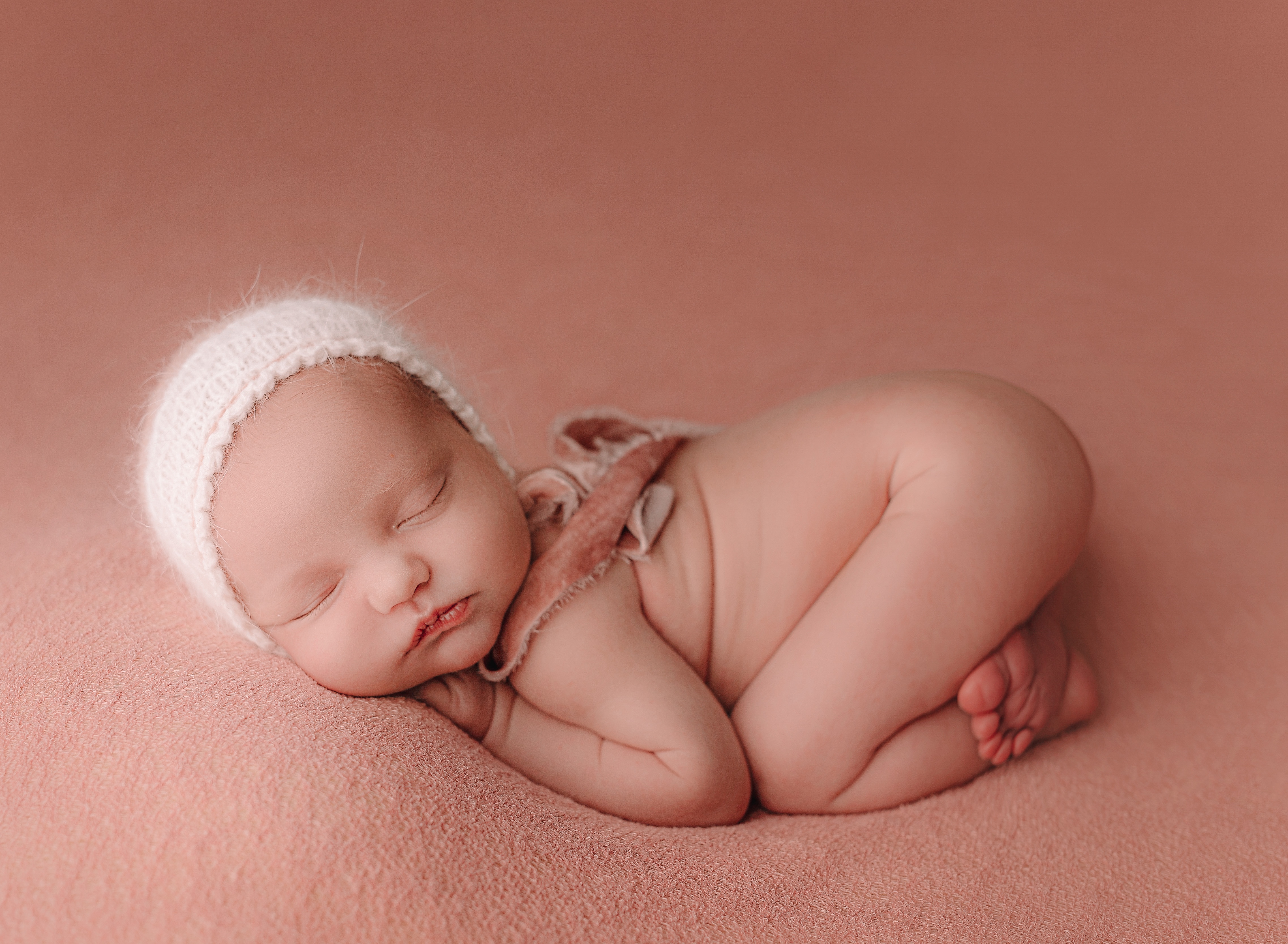 After I got off the treadmill, I went back upstairs to shower. I picked up the pregnancy test to throw it in the garbage and right there, before my eyes I saw a big fat, Pregnant! I couldn’t believe it. Things had changed so quickly. I felt so happy, shocked and scared all at the same time. Elle was just approaching 18 months – were we ready for this!? Then I remembered my prayer – I had left it in God’s hands and if I was meant to have another child – it would happen in his timing and here it was happening already!! This might have been the fastest answer to prayer I have ever received. I actually honestly believe that pregnancy test didn’t work right away for a reason. It gave me a chance to think about it and give it over to God. This gave me comfort – knowing that I was in His will, which would also bode to give me strength and encouragement that was needed in the weeks ahead.

Anyone that has been pregnant and excited to share it, also knows that the first 3 months are always the hardest. Trying to keep things quiet and hide the fact you’re expecting until things are confirmed safe can be very difficult on top of all the fears of what can go wrong. Having experienced a miscarriage before Elle, made this possibility VERY real and scary for me. On the other hand, having had a successful pregnancy with Elle, also allowed me to feel more confident this time around. That was, until I was 7 weeks and started experiencing spotting. I immediately begun to imagine the worst happening all over again.

My doctor ordered me to stop exercising, including no walking (with the exception to get around of course). He also ordered blood work. The next several days would turn into a waiting game that felt like years. I would have to be patient for a few days until results of my bloodwork returned and then continue this to ensure my hormones were increasing to appropriate levels. Thankfully, they were. However, my hope came crashing down when my doctor said this doesn’t always indicate a viable pregnancy. An ultrasound would confirm one way or the other, but my doctor said it could take weeks (our healthcare system in Canada is great at times, but broken in so many ways – this is just one of those ways). In the weeks to come, I would find glimmers of hope in the fact that I wasn’t having cramping and still felt tired and slightly nauseous at times. However, the fear I would feel every time I would see blood was just so difficult to combat. 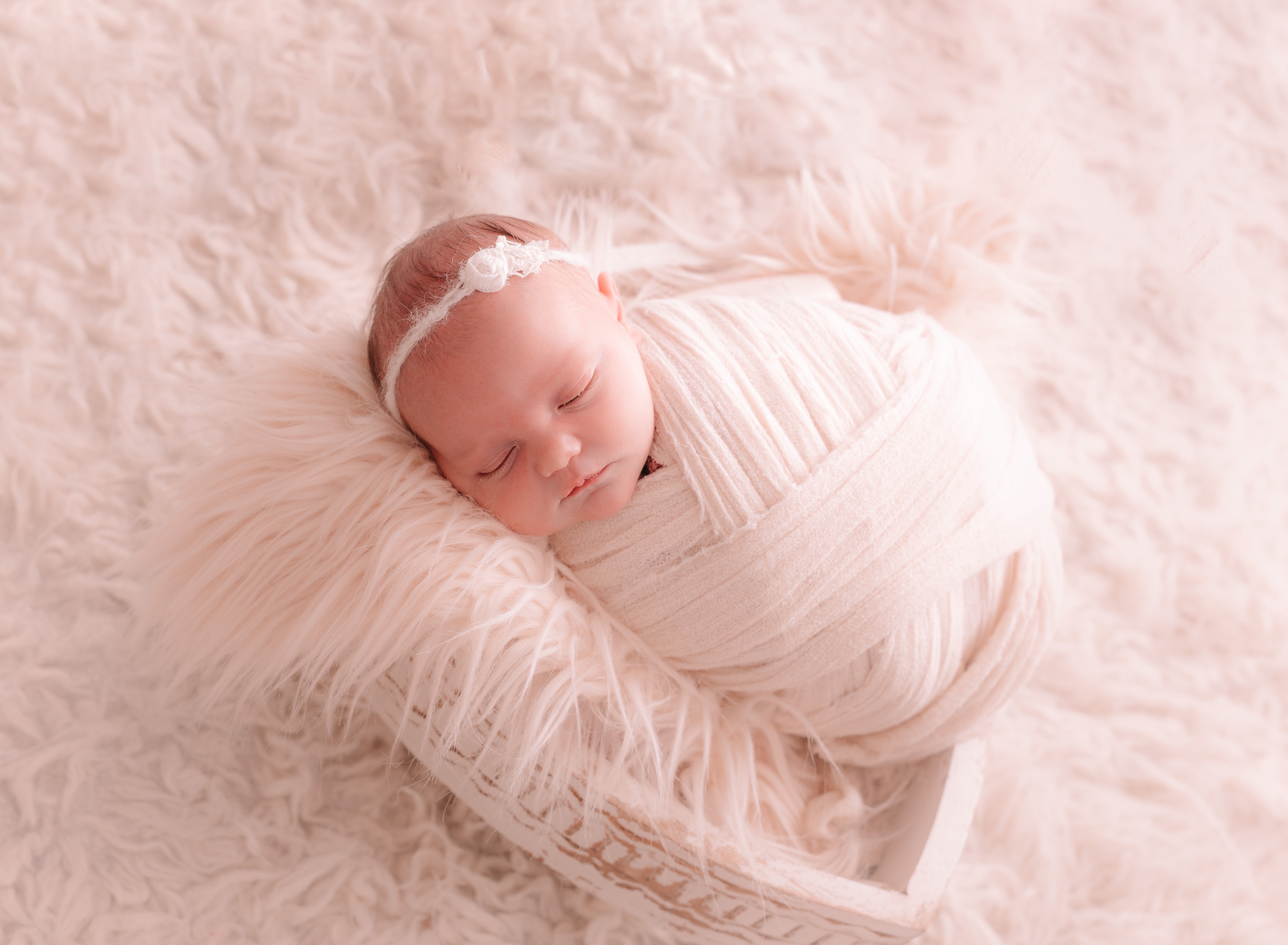 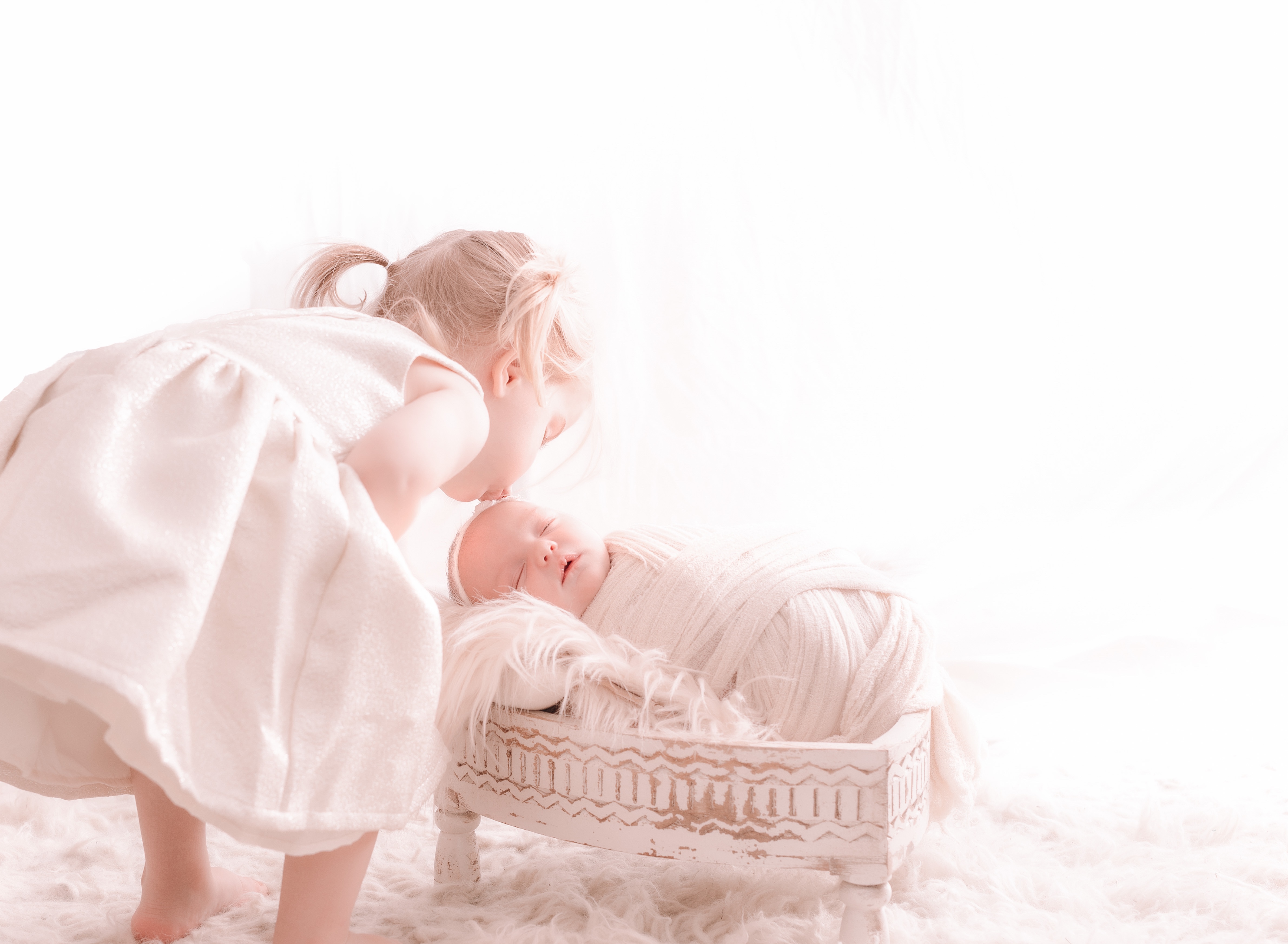 This all took place right around when we were supposed to take-off on our family vacation, which we desperately needed. We had planned (and booked) a holiday in South Beach, Miami. We always look forward to a vacation to escape the snow and have family time. We would lose our money if we canceled, which would not have mattered if it meant ensuring I didn’t miscarriage. My doctor advised against going, stating it would likely cause more stress travelling. His recommendation weighed on me heavily, however, I was stressed already. It was not going to get worse going on vacation. I felt, it was still going to be in the same situation, whether we stayed home or not.  I don’t know about you, but I actually feel happiest and relaxed when we are on vacation. So thus Andrew and I made the decision that this was out of our hands and that the time away in the sun would be good for us all.

I hadn’t spotted for a few days and my hormone levels were good – so I was feeling pretty confident the day we left on vacation. That is, until I went to the bathroom on our first flight and began spotting again. I remember thinking, how can this happen? Why God? Why would you allow me to find out I am pregnant just to take it away. Why would you allow me to feel peace to go away on vacation and then have this happen? Then, as I looked out the window, I had an epiphany or revelation – the spotting didn’t necessarily mean that I was going to miscarriage. Although, don’t get me wrong, those physical signs and all the things I read were causing my mind to worry, I also remembered something my dad would say: turn those worries into prayer. So I began to pray and tell God I trust him – whatever the outcome. Over and over – instead of saying – Why, God? I said, I trust you, God. 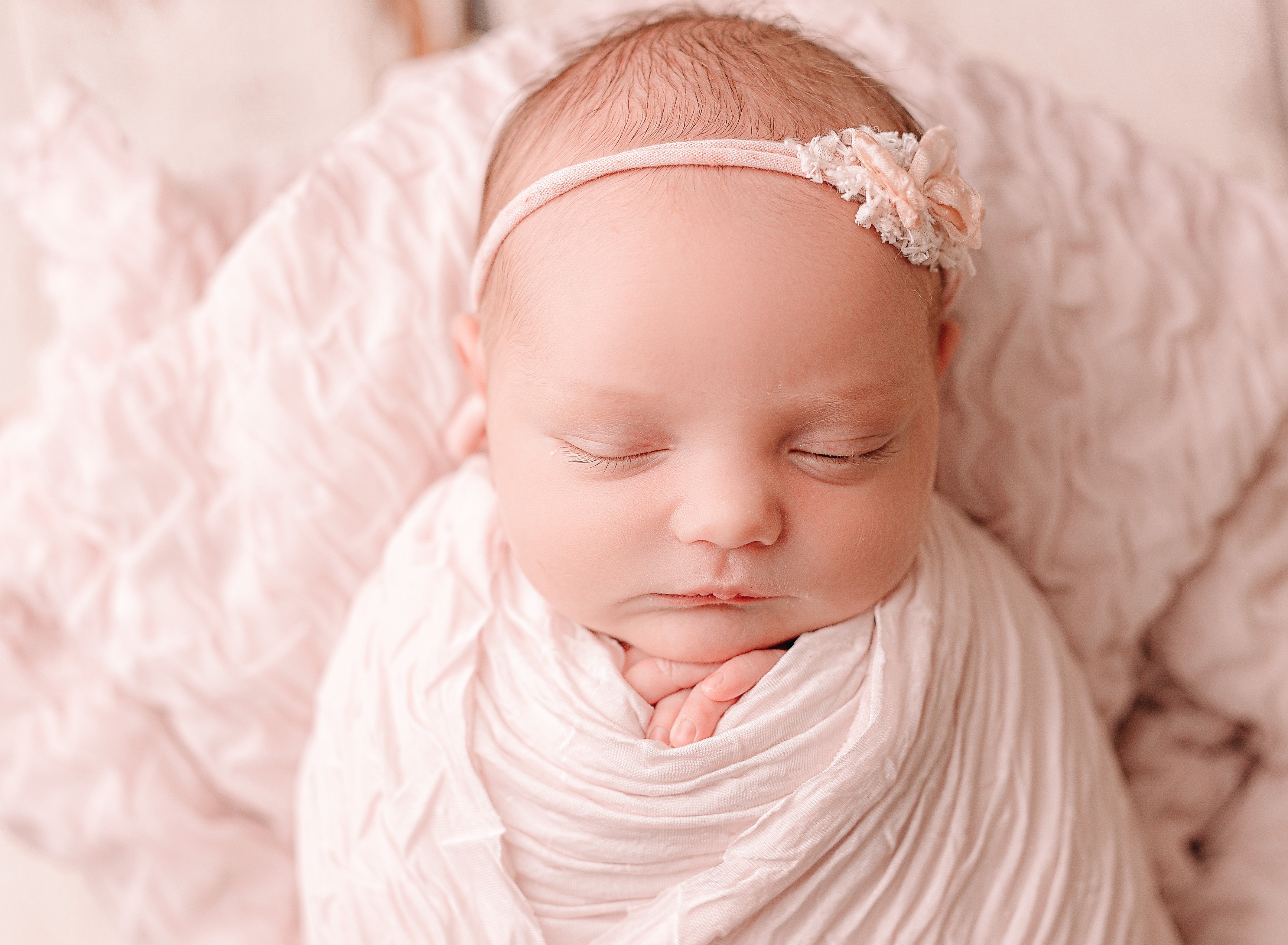 I won’t lie, I still had to fight my thoughts of anxiety and still worried mostly the entire fight. Even though I came to terms of letting all expectations go about the outcome of this pregnancy. I still thought, what if I miscarriage on the plane? What if I hemorrhage and die? The mind is hard to control sometimes. Many scary thoughts filled my head, but every single time I would shut them down with prayer and tell God I trust him. The second flight was much better – even though I thought it would be terrible, considering, me, Andrew, Sadie and Elle were in a 3 seater next to a stranger. I thought, oh my – this is going to be so stressful. What if I start to have pain or begin to miscarriage and this stranger is next to me. I thought, did I make a mistake coming on this trip? Should I have listened to my doctor? Well, the man ended up being a Godsend. He chatted to us so much that the flight was over before I even had the chance to worry. 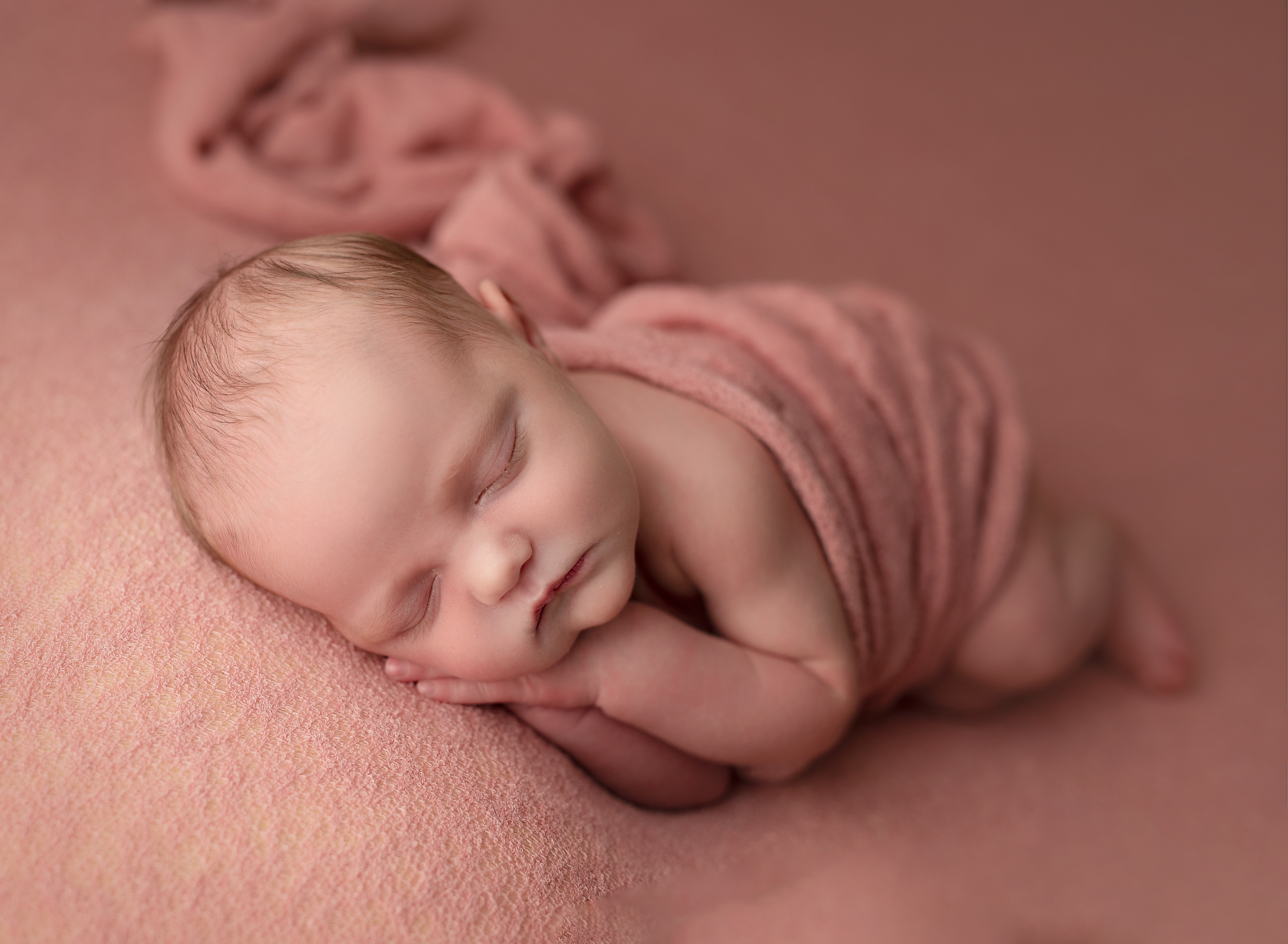 Needless to say, I continued to spot for 3 days into the vacation. I never told Andrew because, I did’t want to worry him. In ways, this made it easier and harder. I would call my mom and give her updates and she would encourage me and pray with me. On the fourth day the spotting just stopped altogether and the vacation became much more enjoyable. Thank Gosh, my mind was at ease somewhat again. I say somewhat, because the bleeding had stopped and started before, right? However, I kept choosing positive thoughts, one thought at a time and continued thanking God. Then, the day before we came home, I received a call for an ultrasound appointment for the day after we would get home. This was it. This is where I would find out for sure. I was scared and also so relieved… 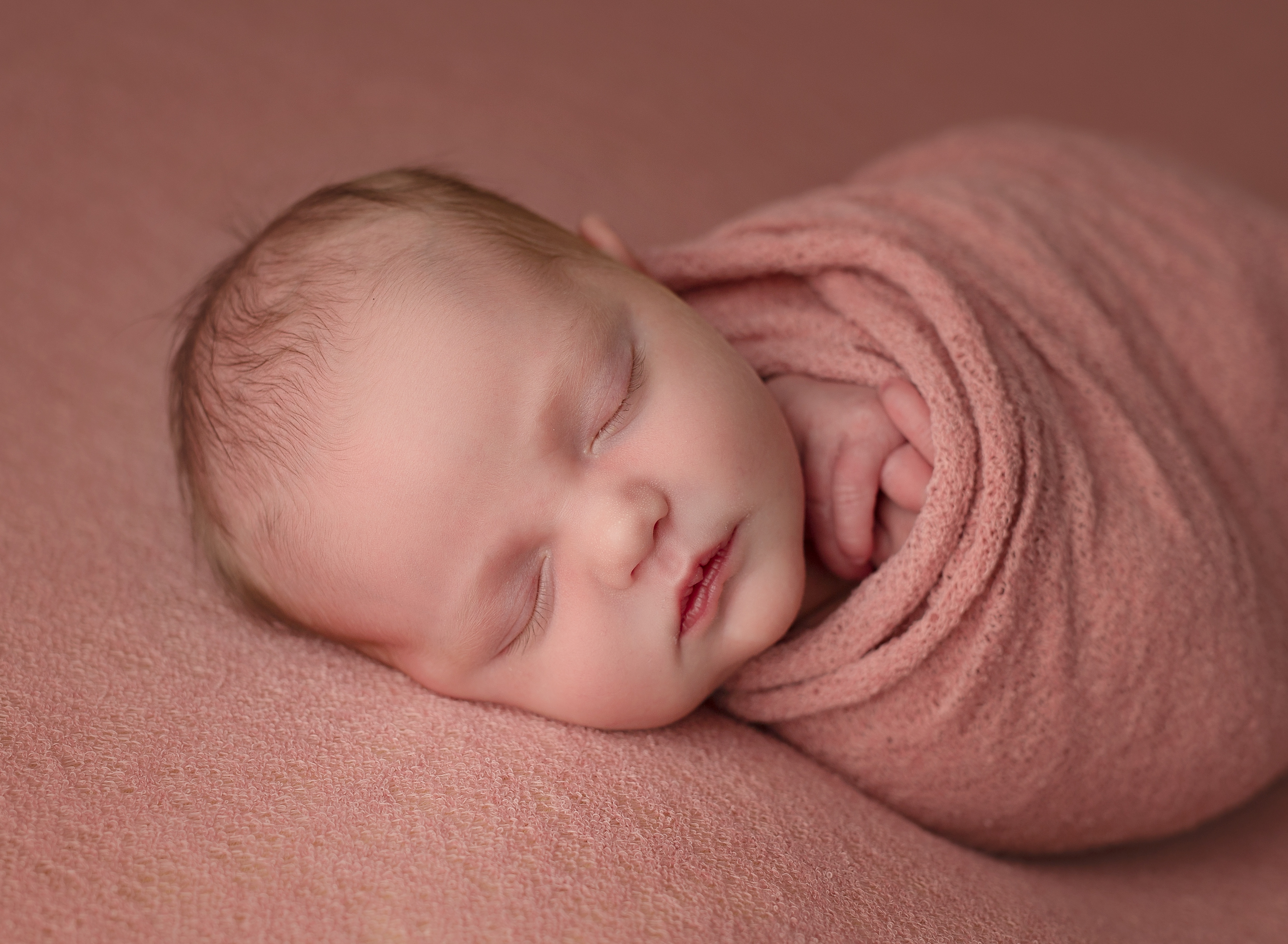 I had to go into my ultrasound alone, as they don’t let anyone in until complete. However, thankfully, I immediately found out there was a baby in my womb and that they had a heartbeat! The feeling of relief and joy i felt in that moment is too much to explain. I was so happy to share with Andrew when they let him in the room. I remember walking out to the car with that picture of Ivy and sending it to all the people that knew and were praying (God is so good). 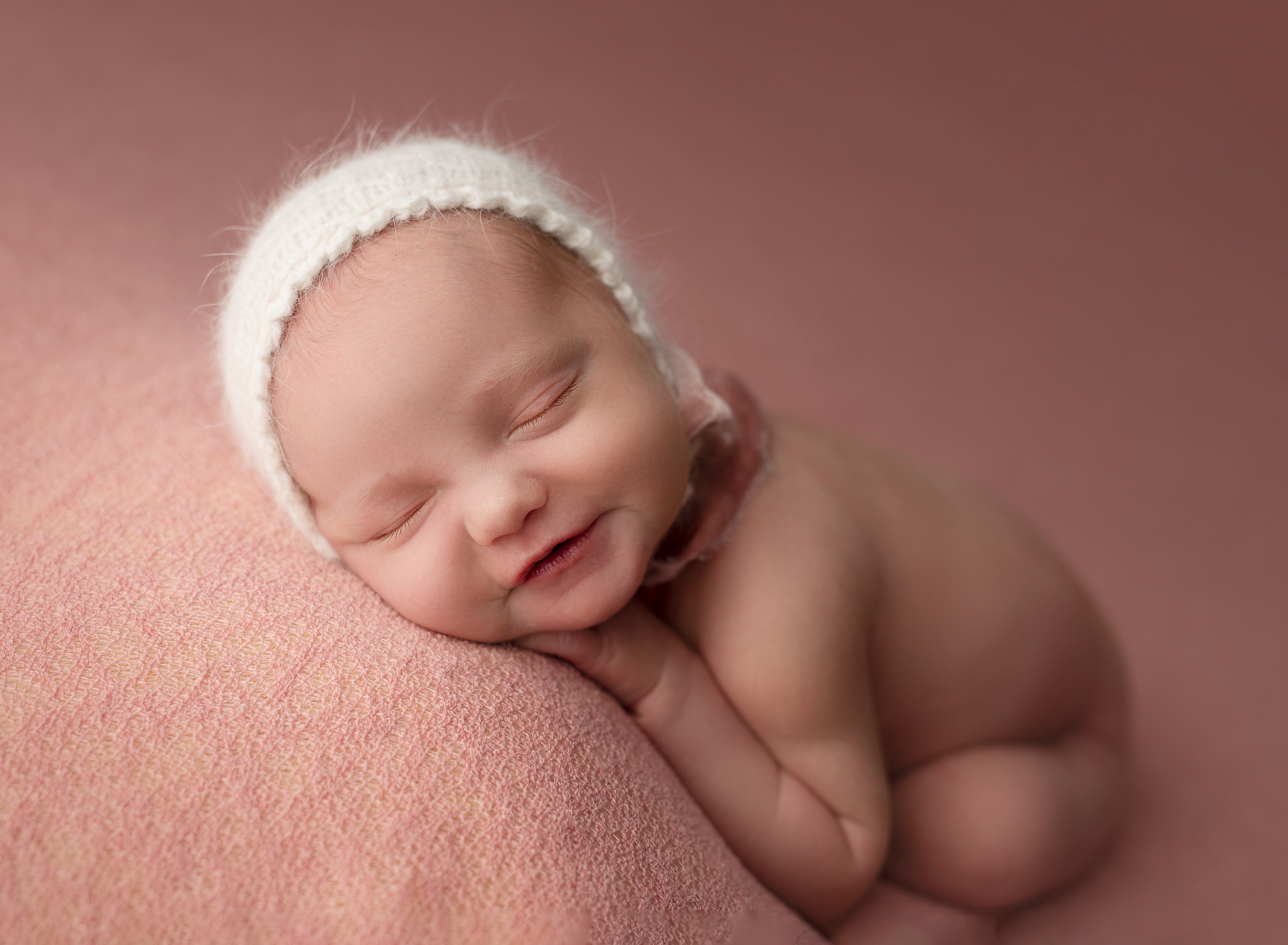 In the end they couldn’t explain the bleeding, but it was all good, because it stopped and never came back. I was still told not to exercise, except for walking. So I had to quit pilates, which was hard but worth it, as I didn’t want to jeopardize anything. However, I am glad I went against the doctors recommendation and took the vacation, because I think I would have been more stressed at home waiting to have an ultrasound, which would have probably caused more stress for the baby. That said, we were not out of the woods yet. I would go on to be monitored for a low-lying placenta, which resolved itself at 34 weeks, but also took a walk of faith to not worry (a whole other story).

When I was pregnant with Elle, I felt better than I ever did in my life. I honestly felt I could have stayed pregnant forever. My delivery, however, was very traumatizing. It was so scary, I actually felt okay with one child for several months after – haha. But it’s true, you don’t forget, but you get over it, because you know that not one pregnancy is the same.

With Ivy, I had a very difficult and traumatizing pregnancy. I mean, it wasn’t all bad. The second trimester was amazing, but the first was scary and the third was very uncomfortable. I think that having to refrain from exercise didn’t help me much either, as I love to move – it makes me feel good. I have to say, she made up for it in the delivery room though. It was the most perfect and beautiful delivery. I felt so present with every push. She came quick and I had an amazing team of nurses that made me feel safe and calm. 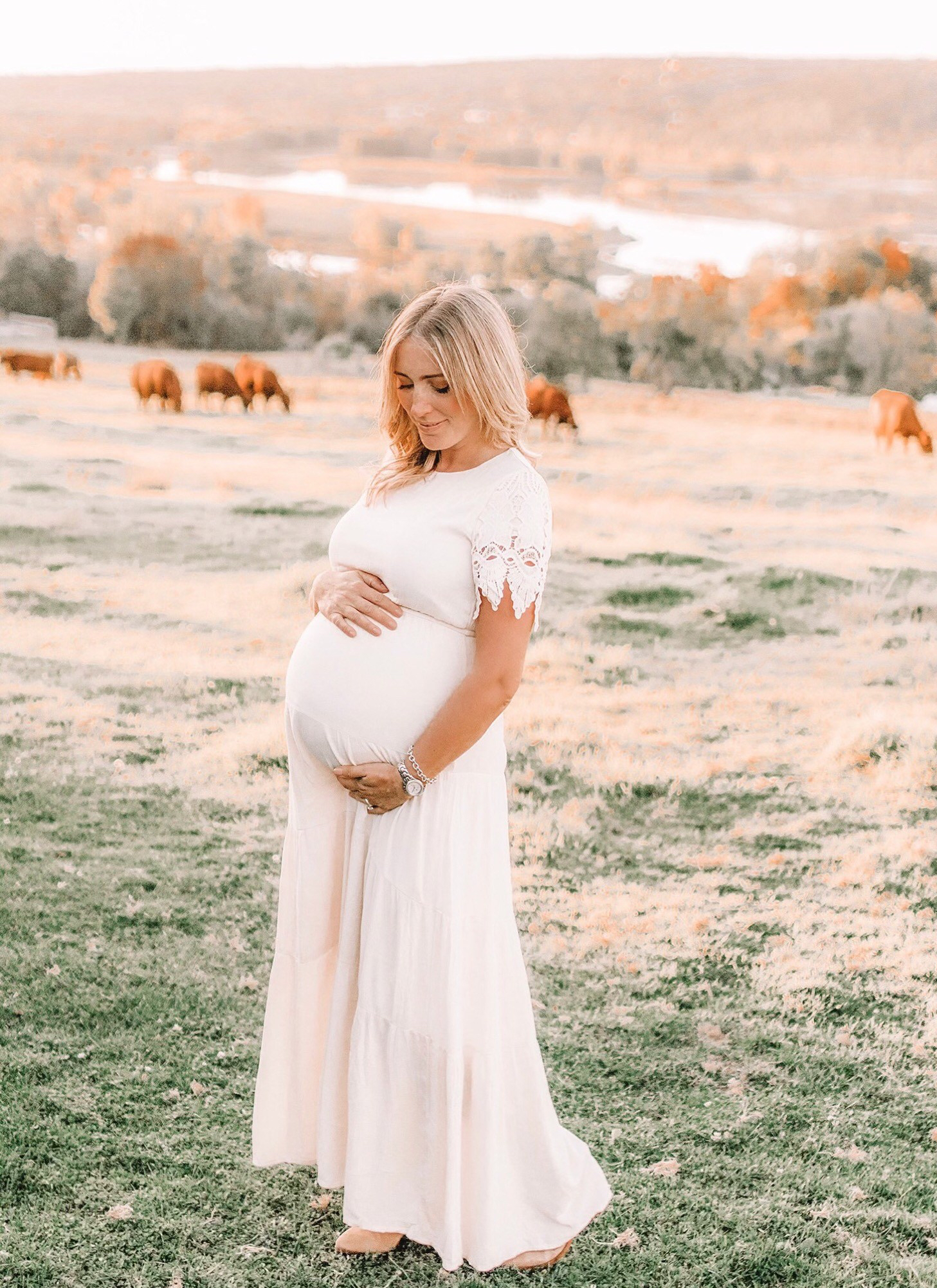 So it’s true, each pregnancy and experience is different and both mine were beautiful in their own ways. Although I tell myself I am done having children, I still do get glimmers of that baby fever (yes, already). That little voice in my head that says, oh come on, you can have one more! On the other hand, I am SO content with the two beautiful and healthy little girls I have. So, again, I find myself trusting God’s plan for my family, which I believe is honestly the best mindframe. After all, he can see the big picture and knows whats best for us, what we can and can not handle. 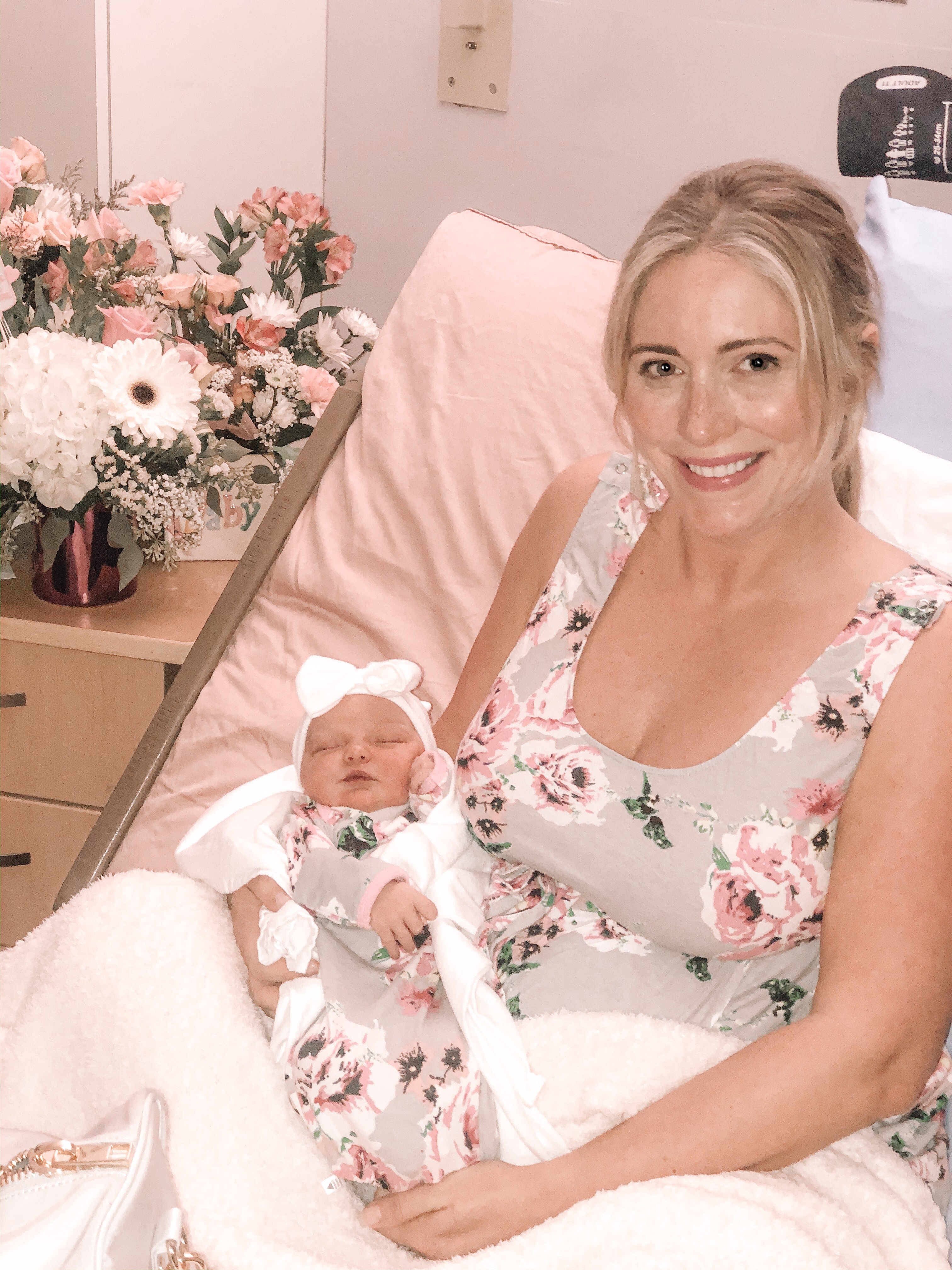 In closing, I want to say, to those women and families that are hoping and trying and waiting for their miracle – don’t give up. Turn your worries and anxieties into prayer and let God know you trust him. He can do exceedingly abundantly more than we could ever wish, hope or imagine (Ephesians 3:20-21). Sometimes things don’t work out as we wished, but know that there is a reason. As I look at my precious miracle(s), I can connect the dots now. I am also often taken back to the day on the plane, when I was so afraid, but in that overwhelming fear, decided to fully let go and trust God, no matter the outcome. My faith has been taken to a new level through this experience and for that I am grateful.

Thanks for following my journey! I hope and pray that in sharing, it gives someone else some hope for their situation. Please feel free to share your stories of encouragement below in the comments. You never know who might need for head what you have to say..