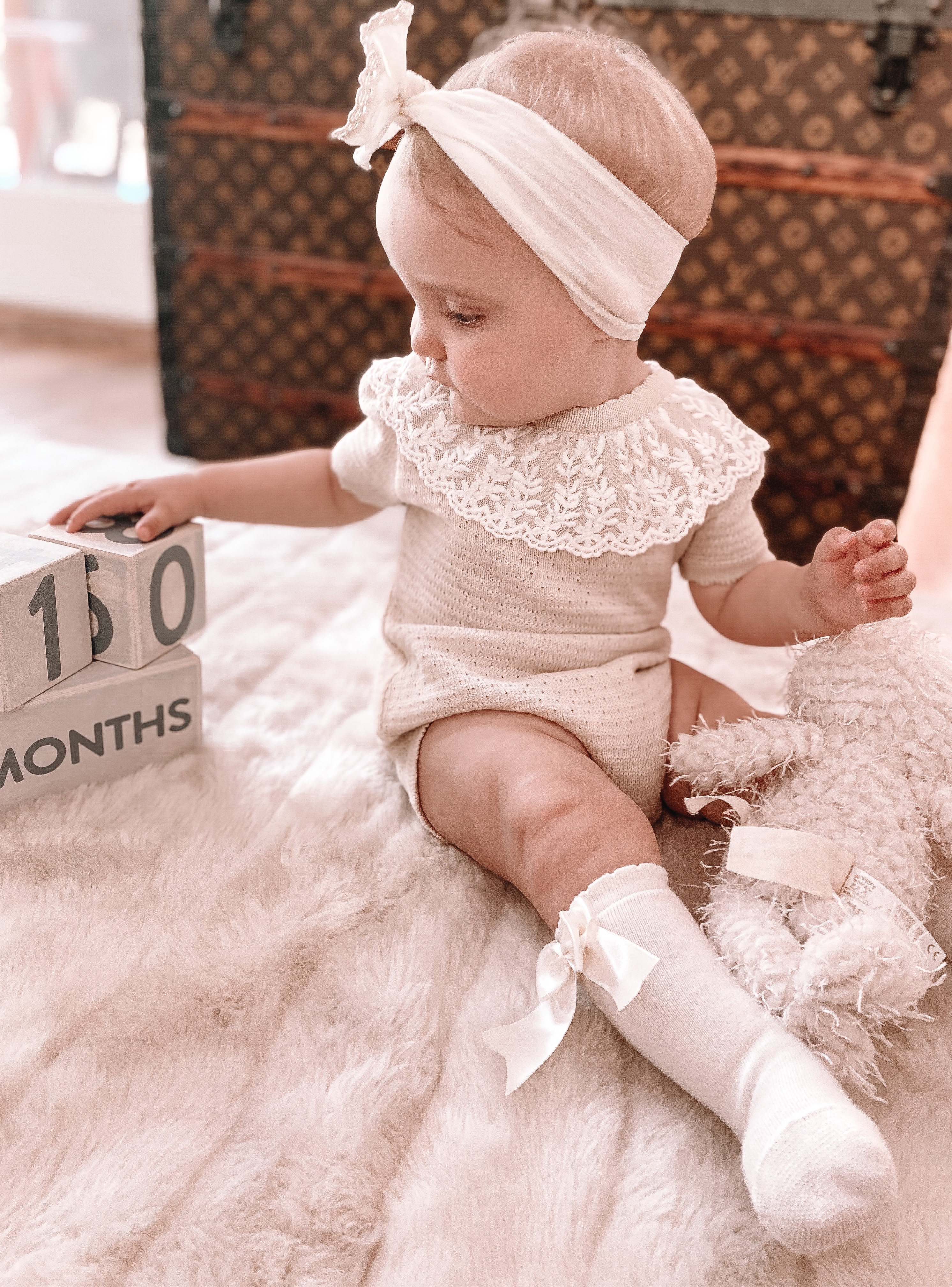 It’s been a week of milestones. Ivy London turned 10 months yesterday and as you may recall, Elle Rose turned three on Sunday. Our girls are growing so fast and I’m trying to soak it all up.

Although it’s been a bit of a whirlwind, but incredibly special, especially these last few months. They are both at such fun ages and watching them grow together has been such a beautiful thing. I love the newborn stage, but it’s so incredibly fun when they begin to develop their sweet personalities and interact with you and others.

Elle is such a wonderful big sister to Ivy. She is super attentive and such a great little helper to me. She eased into her new role with so much grace. Although Ivy can’t express with words, you can see she thinks the world of her big sister. She lights up and get so excited when Elle walks in the room. When she is excited, she flaps her arms, it’s the cutest! I said she looks like a little bird and Elle said, “no, mama, she looks like a butterfly.” So now, I call her my little butterfly.

As I begin to see deeper into Ivy’s character with age. She exemplifies such a sweet, sweet spirit, but she is no shrinking violet – haha. She will let you know in her own way if she disapproves. She definitely has a little attitude we will likely have to help her channel. I spot characteristics of a socal butterfly or extrovert. She is a total people person and she loves to just observe and watch and take in her surroundings. She is a busy little bee if she isn’t stimulated this way and she will try to grab anything she can get her hands on and is ultra quick!!!

She isn’t crawling yet, but she can get herself from sitting to crawl position pretty good now and has been trying to figure it out the last few days. She loves, LOVES to eat. It’s actually hard to believe we had a hard time getting solids into her those first few weeks. She isn’t super picky. I make all her foods from scratch like we did with Elle and she has only turned her nose up at fish. So we will keep trying and hope she will grow to like it. Unfortunately we discovered a peanut and egg allergy. Thankfully it was early on and she has started to see a allergist for immunotherapy and has been doing great with the peanut thus far. She begins the egg therapy the end of September and we are confident she is going to build up immunity and be fine with both!!

She loves music (like her sister Elle) and loves to clap her hands at first listen. She can say, mama, dada, nannie, papa and we are pretty sure she yells Elle (eeeehhhh). She also waves and says bye bye. Elle was and is a very communicator at an early age, but Ivy is saying more words than Elle did, so I will be curious to see quickly she progresses. Elle loves to read books (she basically memorizes all her books after she reads only a few times). She will often read to her sister and it’s so cute. She likes to steal her toys, but she is good to try play with her and she does share with her, just as long as it’s the toy she least wants (lol kids). Ivy is pretty easy going about it all and doesn’t seem to care (yet), but I’m sure she will have something to say soon.

I feel so blessed to call these two beauties mine. They are the sweetest and brighten my day like nothing else!