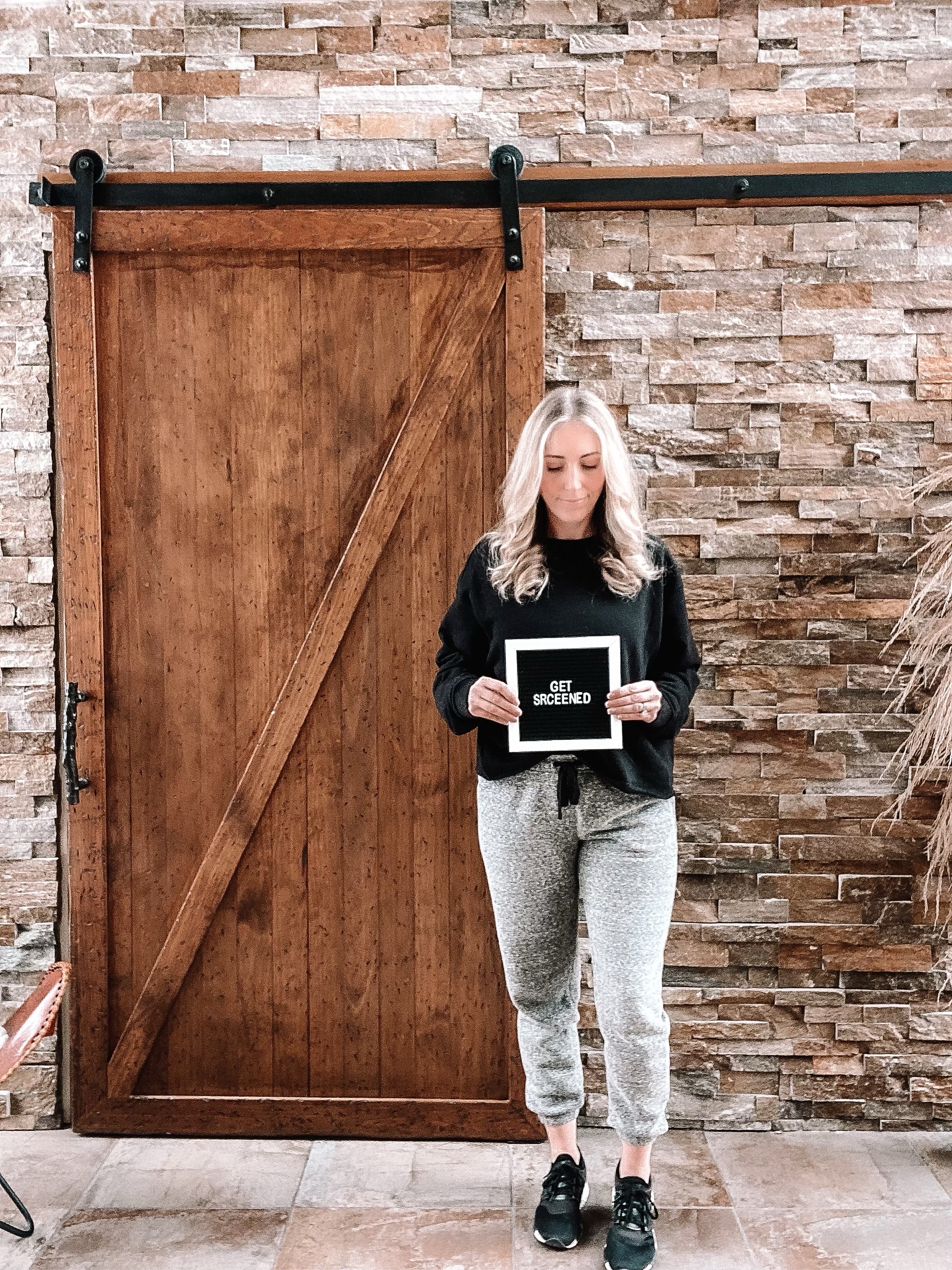 March is National Colorectal Cancer Awareness Month. I want to use my platform today to enourage people to get screened. Regular screening tests for cancer can improve and save your life, because screening tests can find cancer early when it may be easier to treat.

I lost my dear father to a battle with colon cancer. He was around 58 when he was diagnosed and only 60 when he passed on to be with his heavenly father. He ignored his symptoms until he couldn’t and then it was too late.

I was living in Toronto when I received the news my father had been diagnosed with cancer. I remember recieving that terrible call as I was walking across campus. It was shocking news to hear over the phone, but my parents were hopeful because colon cancer is one of the most curable cancers when detected early. This gave us hope.

However, a few months later, I would be visiting home for Thanksgiving, the same weekend my father would be having his surgery to remove the diseased part of his colon, only to find out the cancer that metastasized. He would then go on to battle this terrible sickness for another 2 years, thru means of chemotherapy. He faught hard, but in the end, God called him home. I am thankful that my father had no pain in his final months. He passed peacefully. That said, I have often thought if my dad hadn’t ignored his symptoms, he might still be with us today. This is why it’s so important to use wisdom and be proactive and get screened.

They are finding people younger and younger are being diagnosed with colon cancer. In fact, I was told they plan to drop the screening age from 45 to 40. If you have a history of colorectal cancer in your family, you might need to be screened sooner. If it was a parent diagnosed, the screening age is currently 10 years earlier than the age your parent received their diagnosis.

I am in the school of thought that God works all things together for good, for those that love him and are called according to His purpose. This is a promise directly from God, which can be found in the bible (Romans 8:28). I believe God knew this would happen to my father and he had a plan to work it out for good. God isn’t the author of sickness. That was brought into the world thru Adam and Eve. However, what evil means to harm, God will use for good (Genesis 50:20). That said, there are many, many amazing blessings that have come out of this terrible tragic situation and that is so reassuring.

My dad’s death wasn’t in vain. One major testament to that God used it to save my life. Dad was the first that we know of in his family line to be diagnosed with colon cancer and I would be the second. If I hadn’t had been effected so closely by colon cancer thru my father’s journey, I might be writing a different story right now.

That’s right, I also had a recent battle with colon cancer. I was diagnosed in October of last year and it was one of the most scary and humbling experiences I have had to date. I thought my faith was strong before, but wow, did it ever grow to new levels through this extremely personal battle. I plan to talk about this more in the future, as I know I didn’t go through it for nothing and I’m confident my story will help encourage and give hope to others facing similar situations. However, today, I want to focus on how important it was that I was screened.

So , here I stand today, alive and well, cancer free and so thankful to be able to grow old with Andrew and watch my girls grow up! All that could have been so different. I have thought of this often and believe there are many factors that played a role in my positive outcome. First and foremost, I give God all the glory and honour, because looking back, he gave me all I needed to ensure I got screened in time as well as a level of faith I needed to get through this storm. Second, my knowing my father’s history literally helped save my life and will likely continue to help and save others thru me sharing my experience. Last but certainly not least, the amazing doctors that have followed their God given passion to help others and dedicate so many years to their expertise played a big role in my success. To them I am grateful.

Based on my family history, I wouldn’t have been recommended to be screened until I was 45-48. That would have been many years too late. However, because my father’s history, I was aware of symptoms. Even though my symptoms were so slight, I could have chalked it up to being a figment of my imagination. However, my senses were heightened and thank God I had the wisdom to go talk to my doctor.

I have a lot more to share with you on this personal journey in the coming months, but the main take-away today is to get screened. It could save your life. I will tell you as someone that hates getting invasive medical exams, it honestly isn’t as bad as it sounds. I actually didn’t take any anesthetic for my second colonoscopy and was fine.

Also, don’t be embarrassed to talk to your doctor if you’re experiencing any symptoms. I never like to talk about bathroom stuff, I always said it’s unnecessary. People actually laugh that Andrew and I have our own bathrooms and literally never ever know when one or the other is “going to the bathroom.” However, jokes aside, it’s only unnecessary until its necessary! If you have any concerns at all, don’t let fear or doubt flood your mind. Speak to your doctor right away. It’s always better to be safe than sorry. It could save your life.